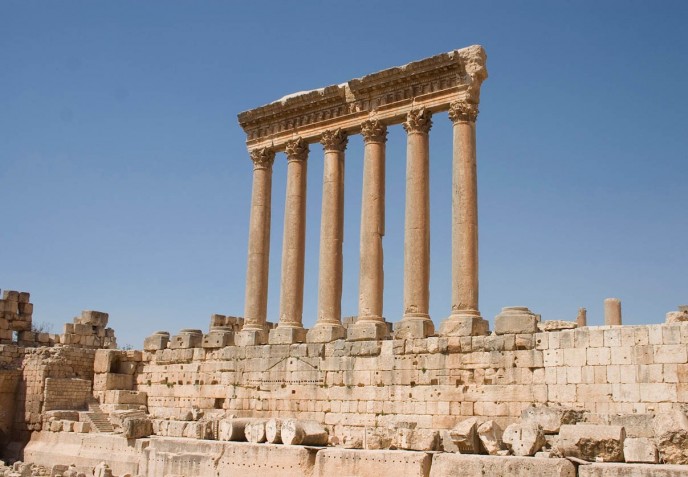 Heliopolis: the roman temples of Baalbeck, located in the Bekaa valley 85 kilometers away from Beirut. It makes up the largest and best preserved corpus of roman architecture left around. The acropolis occupies the top of an artificial hill built up of different layers of habitation.
Its temples, dedicated to Jupiter, Bacchus and Venus, were constructed between the first and the third centuries A.D.
in the “Jupiter temple” six of the 54 giant columns that originally surrounded the sanctuary survived till today. The temple has an impressive podium and a vast rectangular courtyard where sacrifices were carried out. The sanctuary is reached through a propylaea (monumental entrance) and hexagonal forecourt.
The town of Baalbeck has major remains from Islamic times including the grand Mosque, built by the Ommayadds with material borrowed from ancient monuments, and another mosque built in Mamluke times near the spring of Ras El–Ain.